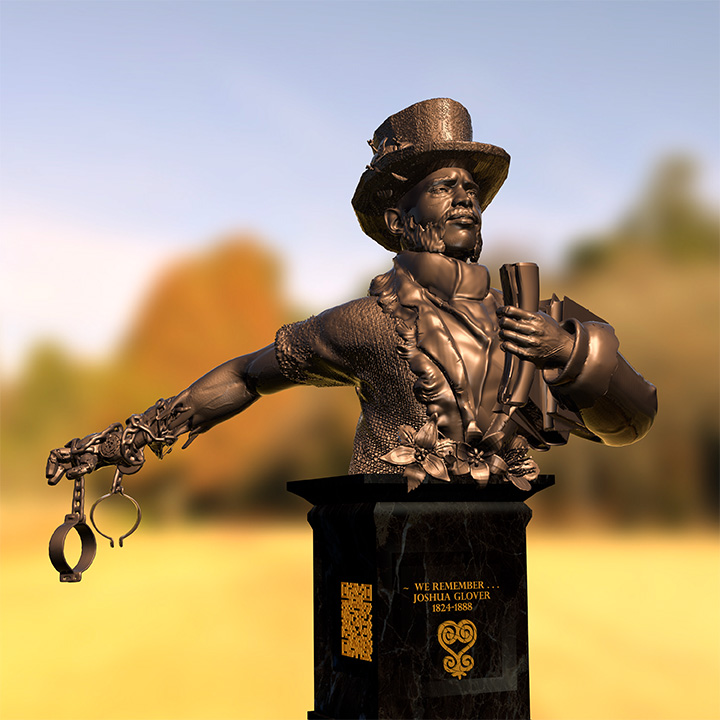 At a ceremony on August 13, 2020 at Montgomery’s Inn, Mayor John Tory announced that Quentin VerCetty had been chosen as the winner of the Joshua Glover Public Art Memorial competition.

Joshua Glover escaped slavery and settled in Etobicoke in the 1850s, where he worked for over twenty years for Thomas Montgomery, the owner of Montgomery’s Inn. (source)

You can read the official announcement here on the City of Toronto’s website.